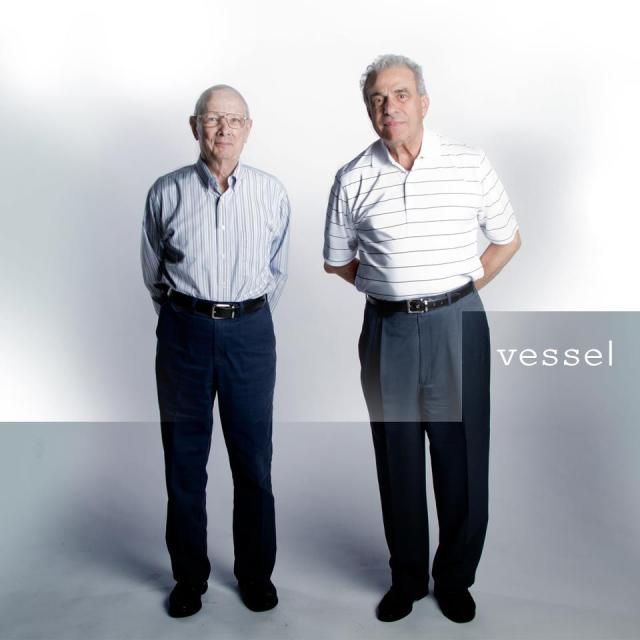 My number one pick of 2013 hands-down. Before this year I had never even heard of twenty|one|pilots. This is even more odd because I live in their hometown, Columbus, Ohio. Vessel goes from food for thought to primal scream therapy and hits all points in between. Bandmates Tyler Joseph and Josh Dun are fearless in their insistence that genre lines shouldn’t exist. So what if you don’t sound hip-hop enough to rap? Do it anyway if it’s what you feel! Why stick to one structure in a song if you feel a change? Change it then! These songs are confessionals and self-help music for all of us that struggle with anxiety and self-doubt on a daily basis, without coming off as cheesy or insincere. Seeing these guys perform in Columbus this spring at their biggest homecoming show yet was a major highlight of my year. The positive energy that rose from the crowd was beyond uplifting and kept me soaring for days. There is not one song here I would dare skip. In fact, there are now two special editions of Vessel and I now own both. The Korean edition adds live tracks from two previous Columbus shows that prove their power as a live act. The UK edition, recently released, adds four of the best songs from the Regional at Best album (“Glowing Eyes”, “Kitchen Sink”, “Lovely” and “Forest”), rerecorded in the same way some of the songs on Vessel were given a slight boost from vocal and production retweaks. This is an album that makes me rethink the possibilities for myself as a writer. It’s going to stick with me for years to come.

Below is my original review I wrote shortly after the album came out earlier this year:

So when is the last time a band with promise got signed to a major label from Columbus, Ohio? Even though I live in Columbus myself, I sadly don’t pay that much attention to the music scene here unless someone points a particular artist out to me or I happen to see them live. So I checked out twenty|one|pilots on Spotify in the “What’s New?” section. Within a track or two I was already intrigued by what I was hearing.

t|o|p is just two sort of geekish white guys, Tyler Joseph on vocals and piano, and Josh Dun on drums. One thing that appealed to me right away was the sense of abandon these two have for sticking to genres. Tyler raps. Not trying-to-sound-thug rap, but intelligent, sometimes nerdy, but sometimes angry and explosive rap. He switches from this to upbeat quirky new wave based rock to artsy alternative mid-song. But the nice part is he doesn’t seem worried whether it will go over or not. He just does it anyway. And I have to say, from a band standpoint the ADHD element gives the sound a riveting edge.

The first track on Vessel, “Ode to Sleep” starts with a heavy robotic synth and thick beat that reminds me of Linkin Park. But Tyler’s lyrics get dizzying.. and wait! Everyone pogo! We’ve taken a turn to singalong bounciness overdraping lyrics about inner demons. The change back and forth of styles is clever enough to not be jarring. If Green Day’s “Jesus of Suburbia” incorporated rap and was much shorter, that’d be about the closest comparison. “Holding On To You”, the first video released from the album sticks to one pace the whole time. It shows off both Tyler’s hip hop and rock lyrics about overcoming anxieties of life making you feel small. The piano breakdown is nice in the middle of this where Tyler shows off his attention grabbing falsetto that you don’t expect after hearing him rap.

“Migraine” kicks off with robo-vocoded singing and a funky head bobbing beat from Josh Dun. Tyler’s hip-hop lyric skills shine here as he weighs migraines and all that cause them against taking an easy way out. It’s an upbeat quirky track about waging war against the dark side of your mind that tries to defeat you. But he pulls this off without sounding corny.
“House of Gold” goes in the complete opposite direction. This one is similar in nature to The Lumineers, which is definitely not a bad thing. More or less the song is a dedication to his mother from what I can gather and the song builds up beautifully and ends far too soon.

The next track is definitely my favorite. In “Car Radio”, Tyler spastically raps, or moreso ponders out loud the horror of sitting alone in quiet and the only comfort from your own thoughts is to drown them out with music. The sparse piano and eventually also drums and strings backdrop is so somber you feel like you can almost see the story in the background without him saying what it is that haunts him. The music builds into an angry cry of “Now I just sit in silence!” over the building instruments and noise. I guess maybe being a sufferer of anxiety problems myself, this track really crept up on me and caught me off guard.

The mood lifts a bit for “Semi-Automatic”. Well, actually again the music disguises the lyrics. “I’m never what I like, I’m double-sided”. This one reminds me a bit of the feel of MGMT’s “Kids”. It’s pretty obvious by this point of the album, these songs are a catharsis for Tyler dealing with all his fears. That theme is rampant in every track to varying degrees.
“Screen” takes another turn, this time feeling like a funked-up Jason Mraz “I’m Yours”, but with a groove, a ghostly piano and “I’m standing in front of you, trying to be so cool” referring pretty obviously to how we try so hard to make the perfect first impression when “we’re broken people” and shouldn’t try so hard.
Next is “The Run and Go”, a bouncy song about the unease of learning trust over self doubt in a new relationship. The whistle portion will probably get stuck in your head easily too. “Fake You Out” follows and is a bit darker, but only for a minute, then it turns into a happy club wonderland track, then quiet, and then a bit industrial, then bouncy again.
“Guns For Hands” is next, and is the newest single and video. It starts out upbeat and all radio-like, giving way to a chorus “I know that you all have guns, and you never put the safety on”. Sleepless, paranoia.. now this is a song that would not have been out of place to use the over-used line “put your hands up” during the dancey parts. And then the song pulls a Franz Ferdinand “Take Me Out”.. almost. It slows down to a reggae-ish vibe and a really great rap verse about kids and gun violence and then.. back to paranoid dancing! This has that unlikely-but-true oddball radio hit potential I think.

This is followed by “Trees”, which bring things down a bit slower. Musically it lands somewhere between Coldplay’s “The Scientist” harmonically and a slower Linkin Park beat rhythmically. Make that half a song. Nope, we’re bored with that already, speed it up! Then the track manically swerves between the ups and downs and builds to a crash. “Truce” ends the album with a beautiful quiet hymn-like grace. “Now the night is coming to an end. Sun will rise and we will try again”. I for one can attest that it is sometimes hard to remember that tomorrow is a new day.

I can already tell that Vessel is going to be with me for a while. Its moods change as quickly and manically as the weather in Columbus changes. This type of music, especially a full album of it, speaks right to those parts of my brain that won’t settle down. There’s a spastic energy to all of these songs that keep them from ever getting boring, and they obviously like too many genres of music to run out of places to go.

Get your own copy of Vessel HERE:
CD

Check out these videos and performances from the album:

“Migraine” (Captured in The Live Room):