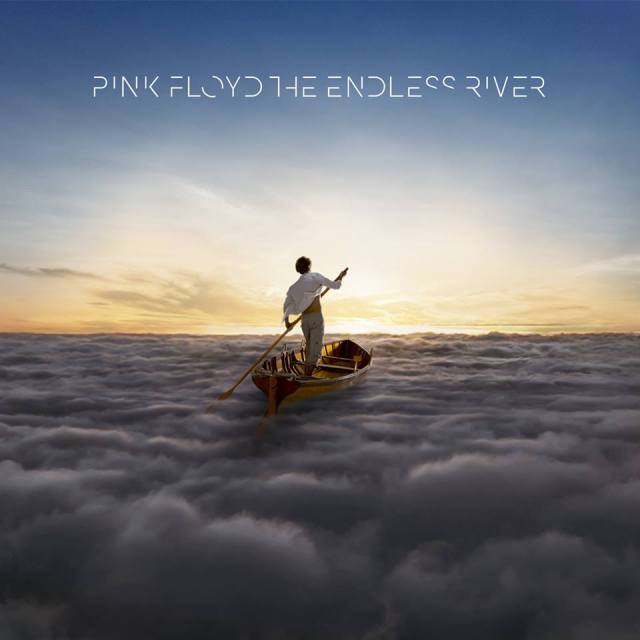 Check out “Louder Than Words” at the link!

Exciting new for Pink Floyd fans! Today the details and release date were released for the upcoming Pink Floyd album The Endless River. One major question as we waited was “who would do the artwork?” Storm Thorgerson, who worked as part of Hipgnosis and solo, designed most of the landmark covers thus far. Sadly he passed away in 2013. The cover for The Endless River was created by Egyptian artist Ahmed Emad Eldin. I must say I quite like it. It definitely keeps in with the spirit of Storm’s dream-like designs.

Now about the music. I’ll do this FAQ style…

“Who is performing on the album?”
We know that David Gilmour, Nick Mason, Guy Pratt and Richard Wright will be featured. But how – with Richard Wright gone? This album release stems from outtake material from The Division Bell period. In 1993 when The Division Bell was being put together, all of the members jammed together on Astoria, David Gilmour’s houseboat studio. Hours and hours of tapes were made and the best bits were sorted through and worked on and developed into proper songs. The band had joked around at the time that the instrumental sessions might be culled together and released under the title The Big Spliff. However, I’m sure a level of professionalism and perfectionism crept in and the idea was scrapped.
This past year a box set was released to commemorate The Division Bell‘s 20th anniversary. However, to many fans’ dismay, no bonus material was included. “But why?” we asked. We knew of the outtake material, and a few tracks had made their way around the collecting circles recently on a bootleg called Secret Rarities. So what gives? Well a month or so after the box set came out, a tweet was posted on Twitter by Polly Samson, David Gilmour’s wife, leaking some details of a “new” Pink Floyd album. Within 48 hours, the details were out. When David Gilmour went in to review the outtake material, he started tooling around with it. He added some backing vocals here, some guitar there, and started figuring out how to work the material into a proper album. The entire point of the project is to highlight Richard Wright’s contribution to the band. Many would agree with me that he was a sorely underrated but integral part of their sound.
Today the full details were released via Pink Floyd’s official website. There will be a single disc edition, a 2LP vinyl edition, and a deluxe edition with either dvd or blu-ray, with high definition audio and video content. The album will be mostly instrumental, with the exception of one song with lyrics titled “Louder Than Words”.

“Why isn’t Roger Waters on it?”
I can only speculate, but this material stems from 1994. Roger was not a fan of The Division Bell (to put it nicely). Roger and Richard Wright also were not exactly the best of friends. By most accounts, the firing of Rick by the band was mostly due to Roger’s strong arm and his opinion that Rick was not contributing enough. That rift never really healed. Having Roger come in and most likely start trying to dominate the project with his own ideas would most likely be a roadblock in David Gilmour creating a tribute to his lost friend and bandmate. Yes, Waters, Gilmour and Mason are on talking terms, enough that they all were together for a few moments at one of Roger Waters’ The Wall shows a few years back. But I have a feeling that Roger would not want to work on material related to an album that he considered a sore spot and that he criticized heavily.

“Why is Polly Samson credited as a lyricist?”
David Gilmour has made it no secret over the years that he uses the help of others in songwriting. From most of what I’ve read, Polly works his words into shape. David starts with the ideas and asks for help in making them sound better. David’s strong point was always the musical composition and overall sound. But he wants some of those songs to have words, and having an editor for a wife probably helps tremendously.

“What does this mean for Roger Waters or David Gilmour?”
I’m not sure. Leaked details have David Gilmour working in the studio with Graham Nash currently, who worked on Gilmour’s last album On An Island. And Roger has been quoted as saying he has an idea for a concept that he intends to pursue possibly called Heartland. Aside from those tidbits, nothing else is known. It would be great to see the members work on each others’ projects a bit. But I seriously doubt the remaining three members will fully reunite for a full blown project.

Here is the official tracklist – divided into LP sides no less:

SIDE 4
Calling
Eyes to Pearls
Surfacing
Louder Than Words

The bonus edition will contain a blu-ray or DVD (your choice) with the following:

Basically it will be its own little box set.

The album can be pre-ordered below at Amazon – or also at the official Pink Floyd Website. Amazon is far cheaper, but the official site has a bundle where you can get a t-shirt with the artwork.
Mark your calenders!

The official page for the album can be found HERE!

https://m.youtube.com/watch?list=UUY2qt3dw2TQJxvBrDiYGHdQ&v=UHtlwQNVQeo
A 30 second sound clip can be found HERE!

Here are some sound clips!

and the full EPK: