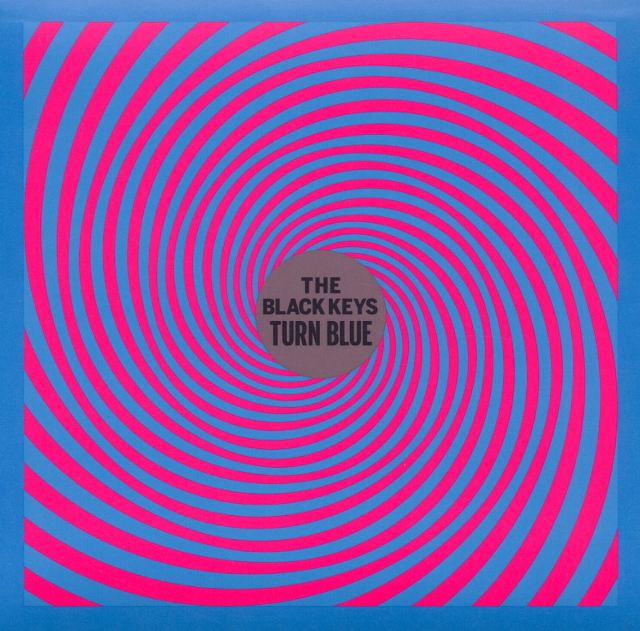 I have a feeling that Turn Blue will top several peoples’ lists this year. The Black Keys is one of those critics’ darlings bands that always seems to make the lists. So why is it on mine? Is it warranted? I’m more of a newcomer to the band. I started listening at El Camino, long after it was on many yearly best-of lists. I do really like this band. They have a stripped down simple rock and roll sound for the most part. At times, I hear a lot of the same things that made me like The White Stripes and Jack White’s solo stuff. But that’s okay. Musicians inspire other musicians. It’s very possible that some of the same musicians inspire both bands. Some of this album took a few listens to grow on me. Some of it was immediate. But the vibe of the album overall was far more slowed down and hazy compared to the flat out gritty rock of much of the past couple albums. Danger Mouse, producer and unofficial 3rd member of the group had a lot more of his style in the mix here than before. But after giving the album a few listens, I get it. Instead of harder and faster, the band decided to chill out a bit and try a slower, more soulful approach.

The album opens with “Weight of Love”, which carries more than just a little influence of Pink Floyd’s “Breathe”, with just a hint of Nashville seeping through. That is until a very grungy (in the dirty sense not the genre sense) blues guitar rips through. About two minutes and a bassline later, a funky slow drum kicks in and finally the vocals start. This sets a laid back pace that builds up layers with each chorus. This track was a grower and its nearly seven minutes gives it room to stretch out and… yes, breathe. “In Time” follows with some ghostly harmony vocals that sound like something Beck might have done in his later albums. Then the groover kicks in with a slight horn line that gives it some funk, along with Dan Auerbach’s falsetto. Another song that grown unexpectedly catch as it flows along. “Turn Blue” also slinks along with a slowed down soulful groove that recalls some kind of late 60s darker stuff like The Animals, but with a heavy R&B edge.

Next we are uplifted by one of the more upbeat tracks, the first single “Fever”. This one sounds to me like a cross between White Stripes “Seven Nation Army” and Swingin’ Medallions’ “Double Shot (Of My Baby’s Love)” from the psychedelic garage rock era. Nice mix of styles, resulting in an instantly catchy song. “Year in Review” veers toward a similar place and the more soulful side of Fitz and the Tantrums. It’s a style of soul that suits the band well. This one isn’t the kind of song to get stuck in your head as easy, but it definitely sounds and feels good.

“Bullet In The Brain” goes back to a similar sound and chord structure as the opening track, with a lot more of a spacey feel added to the vocals and instruments, until it speeds up double time partway in. Another good track to zone out to. Then we switch gears for “It’s Up To You Now”, with the “Bo Diddley” beat that has graced many a blues-drenched rock song. The lyrics on this kind of get buried in the vibe a bit. I think by this point we realize the overall feel of the album is more important than the actual lyrics. At least that’s where the emphasis is placed. “Waiting on Words” is a love/heartache song with a nice surfy guitar line. At track nine comes in an unexpected heavier funk rock track. It has a keyboard melody that makes you think Dr. Dre was working on his next album in the other room. Nuthin’ but a Keys Thang?

Next we have “In Your Prime”, a piano-driven shuffle that really gets its blues vibe right by not trying too hard. Then it shifts song styles altogether after a chorus. Late 60s pastoral post-psychedelic rock? Ahhh labels. There’s definitely a lot of influences here and in the whole album from the late 60s though, which in the right amounts makes for a nice touch. Then surprise! The hardest rocking, catchiest song on the whole album was saved for the end. This one is gritty guitar riffs, a little bit of southern rock, a little bit of glam swagger. All the best parts of 70s rock came to party at the same time. On first listen I actually didn’t get this far. Just goes to show that not every album is front-loaded. It’s like T. Rex showed up to a BTO recording session with a cowbell and a guitar. By far one of my favorite rock songs of the year.

All in all, and after several listens, I’ve come to really enjoy this album. I normally go for more immediate, in-your-face rock music. But maybe it’s the Pink Floyd fan in me that once in a while reminds me to relax and give things time to unfold. I still don’t know if I would rank it over El Camino or Brothers. I just picked up Attack and Release which is quite a fine album also. But it is a very good album and a nice way to follow El Camino without repeating themselves. And with the many, MANY good albums that came out this year, placing at #23 was no small feat, when I was ready to dismiss this album after a listen or two. It pays to stick with some things.

Pick up your copy of Turn Blue HERE:

Check out a some videos from the album:

“Gotta Get Away” (Live at Glastonbury)

“It’s Up To You Now” (Live outside Letterman)