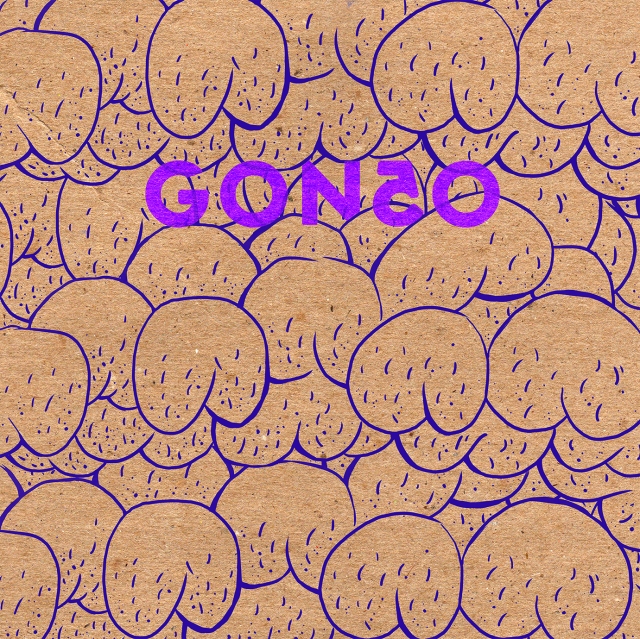 I can’t say it was all that much of a surprise when Foxy Shazam recently announced their indefinite hiatus from music. Despite releasing some extraordinary albums, they just couldn’t seem to catch a big break. And it was really clear from the lyrics of Gonzo that lead vocalist Eric Nally was feeling the pain of being away from his family and not being able to be a full time dad. Gonzo was the polar opposite of their last album The Church of Rock and Roll in many ways. But one thing this album is, more than anything else is brutally honest. Rather than the high-gloss laborious multitrack production of the last album that made it sound like a lost vintage 70s rock album at times, this album was recorded in start-to-finish live takes. It is stripped down and bare. This makes the sad songs all that more naked, and the moments of joy are pure. The band even gave the album away as a free download as a way to thank their loyal fans. After loving the last album so much, it took a couple listens to wrap my head around this album, but now there’s no going back. I completely love this album. I certainly hope that when the time is right, Foxy Shazam returns in all their glory.

Here is my review from when the album came out…
—

April 2nd, the day after April Fools Day, Foxy Shazam put their brand new album Gonzo up for free download. After being on major and indie labels both, the band decided to simply give this album away for free, with a limited vinyl edition pressed for preorders. In a week’s time the reactions have been fairly polarized. Right up front you should know several things about this album. First of all, it was recorded live in a studio, with very minimal overdubs, as opposed to their last album The Church of Rock and Roll, which made massive use of multitracking. This makes the first listen rather jarring by comparison. Eric Nally’s vocals have been double tracked in the past, so his presence doesn’t hit you in the face the same way as before. Secondly, Steve Albini engineered the album. Albini has produced several famous alternative rock albums, most namely Nirvana’s In Utero. His style of recording is positioning mics a bit away from the instruments and vocals to create room presence in the recording. This benefits the album from a band perspective, as it gives the same type of sound as the band playing live in front of you. Thirdly, this album was recorded in one day – Halloween 2013, with the songs being recorded sequentially. Many of the first takes were the ones used. Now with that in perspective, it’s easier to hear that these are not just demos. The band rehearsed and rehearsed these songs in order. Oh and fourthly, this is a concept album. Generally about a rock star’s contempla… oh let’s face it. This is Eric Nally’s diary as he faces uncertainty about being a rock star at this stage of his life, why he doesn’t feel the excitement one should feel, why isn’t he happy and what comes after feeling stuck.

The album kicks off with the mad cry “I’m going gonzo!” on the title track. As Nally sings “A hero is a thing the Foo Fighters sing about”, he tends to paint himself as a man who got away with something he shouldn’t have. “Poem Pathetic” laments not feeling much of anything and fearing burning out. Against these lyrics though are one of the tightest and funkiest tracks the band has laid down. Now knowing these are live takes, I have to notice the horn section on most tracks and how on-point it is. “Brutal Truth” brings the rock & roll crunch to the mix. “Tragic Thrill” finds Nally at a crossroads of “who I was and who I really am” and “waiting for something, I don’t know what”. “Have The Fun” has a heavy punch-in-the-gut drive to it, with Nally expressing he wants something great to start and he’s “not afraid to die ’cause I’m already dead”. Halfway in and so far the songs follow a progression about Eric’s feelings of being stuck in an unhappy place as an artist and in a holding pattern in life. But however depressed or angry the lyrics, the band brings almost the opposite. They bring the heavy or the soft where it’s needed, but they give the lyrics an urgency that without, the songs would just be moody scribblings.

The second half starts with “Shoebox”, where Nally is sorting through a shoebox of photos catching a picture of himself “with a smile that I’m not faking”. That line speaks volumes about where he saw himself when the lyrics were written. “Don’t Give In” starts very upbeat, reminding me almost of a song off Fun.’s first album. “Cut your umbilical cord and stand on your feet”. Advice to himself as he tries to correct the things he is unhappy with to “get on with it”. The last two tracks are two of my favorites. Both are where our narrator decides that both he and we should go for what we truly want. “In This Life” is a sparse track at first with a simple quiet beauty that gets bigger and bigger and is the musical representation of the realization of the whole story. “Story Told” is a fitting finale with a swelling crashing ending staring you in the face with the question “Who are *you*?”

It strikes me that this has a lot in common with another recent album, Foster The People’s Supermodel, in that it addresses a type of ennui and self-questioning after hitting the band’s stride and new popularity. It’s a bit disheartening that some of my favorite bands and writers of the last five years are hitting a burnout point and feeling stuck when they inspire me so much with what they’ve done. Foxy may never get the fame they deserve, but in this day and age it is hard for anyone to achieve that kind of financial success without bending to others’ expectations. Here Foxy has turned a tale of being stuck in one place into something creative and challenging for themselves. Their upcoming tour will feature the entire album played as one piece. It’s rare that a band performs their *new* material this way. It’s risky. But symbolically, this is the “not afraid to die” attitude the lyrics are about. My only real complaints about this album originally were that at times Eric’s voice is a bit low in the mix. This was before reading that Steve Albini has a certain microphone positioning style. A warning though… this album sounds *far* better cranked up in a car or on actual speakers in a room than on headphones. Bassist Daisy explained on Reddit of all places that this album was mixed for vinyl. This actually is a breath of fresh air, as my one complain about The Church of Rock and Roll is the mix is waaay too far in the red and at times it’s very noticeable and detracting from an otherwise near-perfect album. Trust me on this one though – give it a few listens. I agree with what some have said already. This one is a grower. It’s the counter in many ways to TCORaR. But it’s far from a throwaway. And it’s free, so what do you have to lose?

You can download the full album in either MP3 or FLAC HERE!

I have also developed a set of CD tray artwork attached at the bottom for you to print out, if like me you must have this on your CD shelf.

Check out a couple of the audio tracks here: 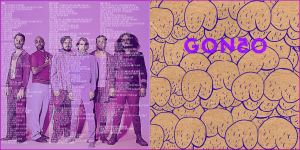 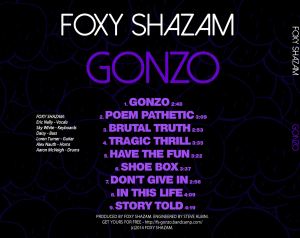 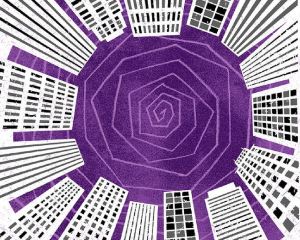